"He has sent me to

or mind), to proclaim 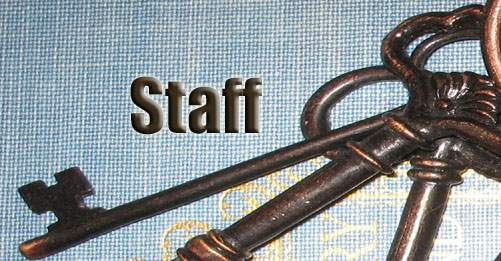 The late Tom R. Hawkins, Ph.D., Founder of Restoration in Christ Ministries, along with his wife and current President, Diane W. Hawkins, M.A., have helped hundreds of survivors of severe abuse suffering from Dissociative Identity Disorder (DID) since their first exposure to the disorder in 1987. With a Ph.D. in Biblical Studies, Tom claimed no mental health credentials. However, from 1991 to 1993, he worked closely with mental health professionals in one of the few Christian, in-patient Dissociative Disorders Units in the United States. Restoration in Christ Ministries was founded in 1994.


While recognizing the value of learning and applying the generally accepted treatment principles used by professional therapists and psychiatrists, the Hawkins’ treatment approach also addresses the significant spiritual dynamics occurring in DID, especially in highly complex cases. Using insights drawn from his own broad range of experience and from networking consultations with many Christian therapists, Tom and Diane saw God bring significant hope to both survivors and their therapists, pastors, or prayer ministers. Consultations with Dr. Hawkins were in great demand across the nation and abroad.

Diane W. Hawkins, M.A., became president in 2011 following the death of her husband, Tom, on December 31, 2010. She holds a B.A. in medical technology from Taylor University (1969) and an M.A. in Christian Ministries from Wheaton Graduate School of Theology (1973). After spending five years as a missionary with TEAM in Zimbabwe prior to marrying Tom in 1977, Diane served alongside of Tom as a pastor’s wife and ladies’ Bible teacher for 12 years. She was diagnosed with DID/RA in 1987. After years of frustrating experience in the mental health community, Diane and Tom became actively involved in seeking for themselves healing principles that really worked. What they learned led to Diane’s complete healing and is the basis of the healing approach presented in their resource material.

Sheila graduated from Midwestern State University in Texas in 1977 with a double major in English and Art and all electives in Psychology. She has completed the following courses: Graduate of Leadership Training and Graduate of Prayer Counseling at Church on the Rock in 1984 and 1985; certification as an Elijah House Video School Facilitator (Ministry of Prayer Counseling) in 2000; Certificate of Biblical Studies from Church on the Rock North Christian Education (1990), Right Step Support Group Facilitator Training from Rapha Hospital Treatment Centers (1992), and a certificate for The North Texas Conference on Ritual Abuse, Ritual Crime and Multiple Personality Disorder hosted by the Mungadze Association (1992). She is the first line person for anyone contacting the ministry. Other areas of service include designing RCM's brochures, book covers, newsletters and DVD/CD packaging, as well as building and maintaining the RCM website. She also served as Tom's Administrative Assistant and currently assists and supports Diane in various ways. She has written one book published in 2000.

Petra completed her M.A. in Biblical Studies and Ph.D. in Christian Education at Florida Christian University/Florida Theological Seminary with a number of electives in Christian Counseling. She has had extensive additional ministry training from many other organizations, including but not limited to, Elijah House, Streams Ministries, the School of Acts, Inspiration Ministries, Rosewood Center, and the American Center for Biblical Counseling. In addition to spending a length of time in overseas ministry/missions Petra has taught over thirty courses for Christian Universities, led worship and ministered at various churches, meetings, and conferences for over twenty years. She has written books, produced albums, and penned over seventy-five songs. By divine appointment in 2015, she met Diane Hawkins, and God called her to a new ministry focus with RCM, officially joining the RCM staff in 2016. In addition to her varied teaching, training, and ministry experience, her audio-video and IT skills are a great asset to the ministry and will definitely enhance its training and marketing modalities.

Joy holds an Associate’s Degree in Religion from Liberty University and came to RCM with previous experience as a Customer Service Sales Manager, Office Manager, Merchandiser, and Marketing Assistant.  Along with filling the many roles associated with serving as Office Manager and Treasurer for Restoration in Christ Ministries, she ministers with her husband at a local church.